The name of the essay is also the name of a theater company founded in 2002 by Jordà Ferré and now composed by Jordà itself and Óscar de Paz along with some stable partners.
‘Fairground attractions’, ‘Devices and effects’ are terms with the hard goal of defining in a few words what Antigua i Barbuda people do: turning recycled stuff and scrap iron into magical mechanical devices to be enjoyed for kids and adults.
Some of their production is composed of human traction mechanical devices attached to the fairground world: big wheel, merry-go-round, shooting stall, iron tree… are some productions of the fairground side of Antigua i Barbuda.
Nevertheless, Antigua i Barbuda also mean theater show for the elder ones, with plot and actors, always with the same aesthetics and around the devices created by themselves. ‘El Circo de las Penas’ (Sadness Circus) or ‘B.A.R.R.A’ are a couple of examples. 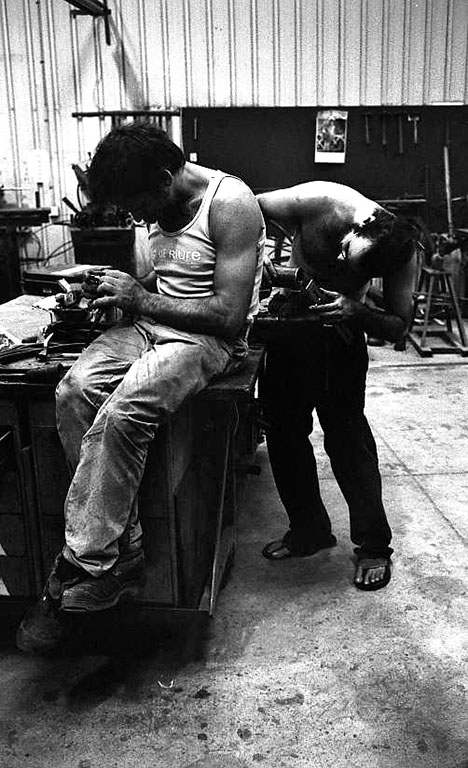 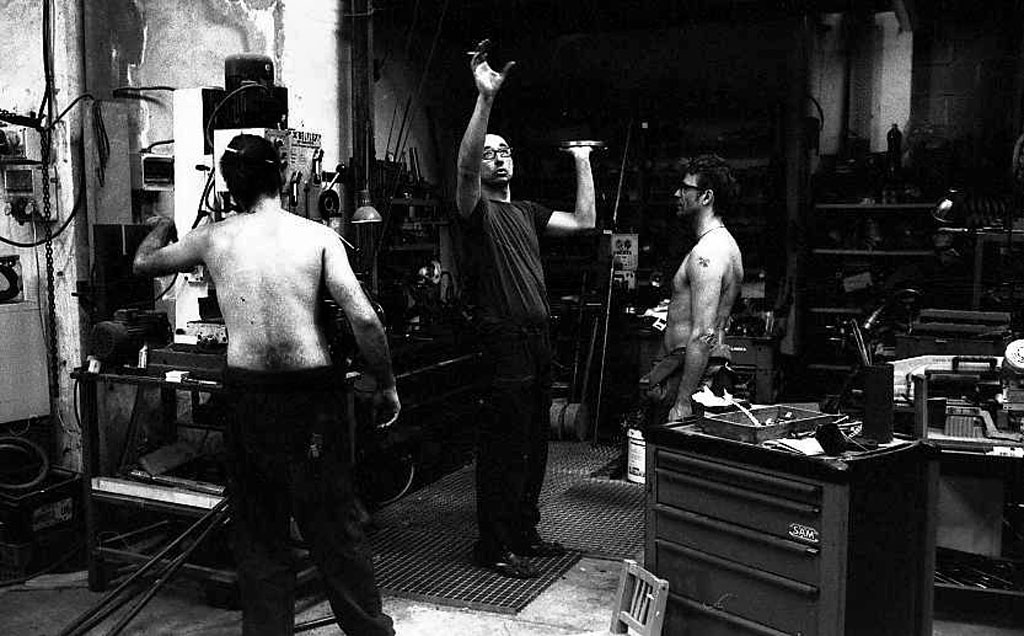 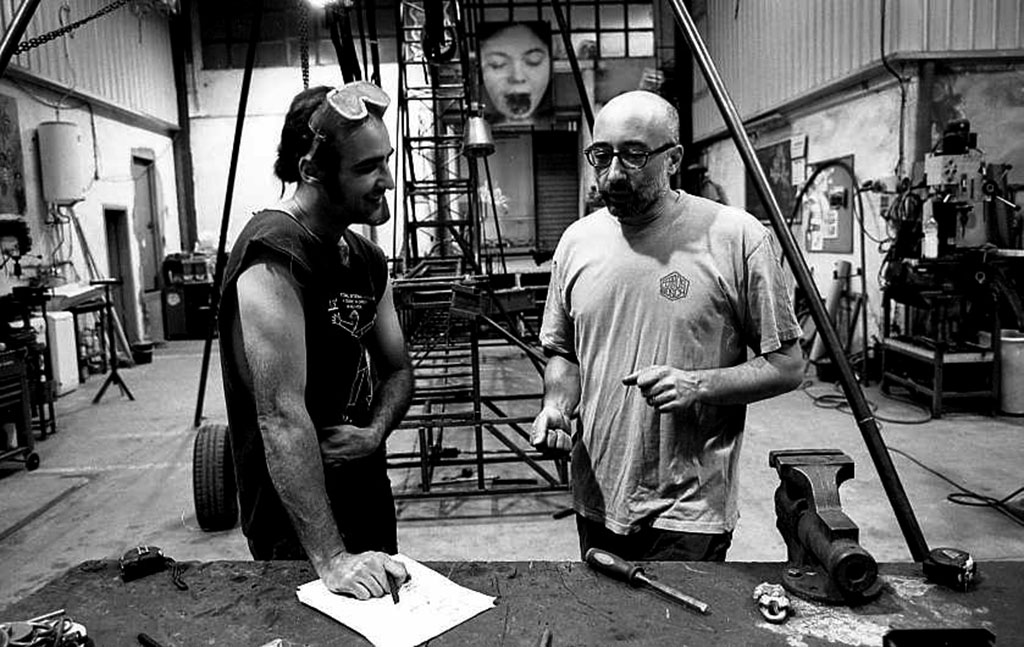